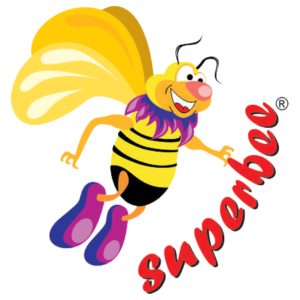 Beekeeping (or apiculture) from Latin: apis “bee”) is the maintenance of honey bee colonies, commonly in man-made hives, by humans to attain desired objectives.

Beekeeping in India, which was earlier a forest-based activity, has developed into a successful and thriving Agriculture business. It has been revealed that bees as an efficient pollinating agent are responsible for improving crop productivity.

Beekeeping has been practiced in India since time immemorial as dynastical profession with a limited focus and confined to the rural communities only in India.

Beekeeping is an important activity that supplements and compliments agriculture
and provides nutritional and economic security to rural communities worldwide. Even
landless people can take up beekeeping as a profession. Beekeeping helps in generating
additional income and is an integral part of integrated farming system. In addition to the
revenue obtained from honey and other bee products, pollination activities of honey bees
are important which contribute to the increased crop yield to an extent of 20-80 per cent
in most of the cultivated crops through cross pollination. Beekeeping aids in increased
agricultural productivity, has role in employment generation, rural development and
nutritional security and is crucial in maintaining biodiversity and provides environmental
sustainability. Thus beekeeping provides multiple advantages.

Honeybees are not only fascinating example of evolutionary success, their pollination services entails great economic importance to man and nature. It has rightly been called “the best little friend of man”

The European (or western) honeybee has the scientific name Apis mellifera and it means, “Honey carrying bee”. In Europe, it is the only honeybee species. Beekeeping In India there are more than one species of honeybees. The native bees are Apis cerana, the cavity dwelling bee that is kept in wooden bee hives, and the open dwelling bees, Apis dorsata, Apis laboriosa and Apis florae which are wild honey bees. Apis mellifera was introduced to India in 1962. According to the definition of honey in the Codex Alimentarius all Apis-species which are producing honey.

Honeybees visit flowers to collect nectar and pollen. They make honey from the nectar and pollen is their source of protein. Honeybees transport nectar in the honey comb, which is specially designed for nectar transportation. The bees provide pollination for both cultivated crops and the wild flora. The pollen loads are transported on their hind legs.

Honeybees build wax combs from wax that they produce themselves from wax glands on their abdomen. They store honey and pollen in the hexagon-shaped cells. The cells are also used as nursery for the eggs, larvae and pupae.

These cavity dwelling honeybees are kept in man-made hives and managed by the beekeeper who collects Honey, Pollen, Propolis, Wax and Royal jelly from the bee colony. Apis cerana does not collect propolis.

The queen is the only sexually productive female in the colony and thus is the mother of all drones, workers, and future queens. The queen bee lacks the working gear possessed by worker bees, such as pollen baskets, beeswax-secreting glands, and a well-developed honey sac. Her larval food consists almost entirely of a secretion called royal
jelly that is produced by worker bees. The average lifespan of the queen is one to three years.

During the high season the colony produces new queens in special queen cells and feed them with the very nutritious food, royal jelly.

The virgin queen only mates once during her lifetime (on the mating flight) but with several drones at this time.

admin - April 5, 2020 6
When I say vinegar, how many of you think of that transparent acidic liquid which we add to our food. If...

What Is Honey | Benefits of Honey For Immunity boosting, Weight Loss & Energy...

admin - April 20, 2020 1
What is honey? Honey is the natural sweet substance produced by honey bees from the nectar of plants or...

admin - August 1, 2021 0
It is that day of the year again. The day Nostalgia hits you and breaks you into laughter and also makes you...

superbee - September 14, 2020 0
Bael Murabba lowers risk of heart attack. It is rich in fiber and helps reducing cholesterol levels of the blood. Bael is loaded with various nutrients which include vitamins A, B1, B2, C and minerals potassium ,iron ,calcium.The bael is beneficial in treating, hepatitis, ulcer and tuberculosis. Bael also called as wood apple is native to India. The fruit comes from the bael tree.